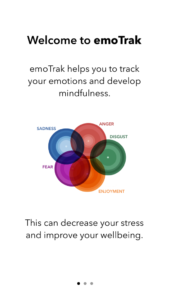 Text above is an excerpt from article by Mitzi Baker: “Inspired by Work with Dalai Lama, Eve Ekman Creates App to Map Emotions”