Entering the Heart of Zen

In order to reveal the heart of Zen, a practitioner must be willing to face all of her or his barriers and resistances. In this course we will learn how our habit-ridden consciousness prevents us from penetrating deeply into our practice. When we are able to stay present with our disturbing feelings and feel them thoroughly, the wisdom of the body will provide us with the clues on how to proceed. – tricycle.org 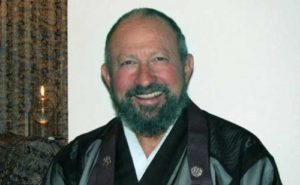 Gerry Shishin Wick, Roshi is President and Spiritual Leader of the Great Mountain Zen Center in Lafayette, Colorado. He is a Dharma Successor of Taizan Maezumi Roshi, founder of the Zen Center of Los Angeles. He did rigorous training in both schools of Zen, Soto and Rinzai. He received inka and the title Roshi from Bernie Glassman in 2006. Shishin and his partner, Ilia Shinko Perez, are currently developing a residential training center called the Abbey on a 5-acre ranch in Berthoud, Colorado.

END_OF_DOCUMENT_TOKEN_TO_BE_REPLACED

The “mad mind” can be a raw and persistent form of suffering in daily life, blocking our experiences of intimacy and freedom. In this online video retreat, insight meditation teacher Ruth King will show you how to recognize the mad mind and soften its grip with the fundamental practices of lovingkindness and compassion, as well as how to use the intensity of strong emotions like rage in order to get in touch with the seeds of radiance and joy. – tricycle.org 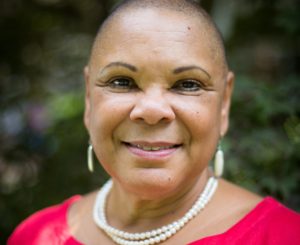 Ruth King is a guiding teacher at Insight Meditation Community of Washington, DC, and a member of its Board of Directors. She is also the founder of Mindful Members Practice Community in Charlotte, NC. King is the author of Soothing The Inner Flames of Rage–Meditations That Educate the Heart and Transform the Mind (Sacred Spaces Press 2007), and Healing Rage–Women Making Inner Peace Possible (Gotham 2007). – tricycle.org

END_OF_DOCUMENT_TOKEN_TO_BE_REPLACED

body, speech and mind in perfect oneness
I send my heart along with the sound of the bell,
may the hearers awaken from forgetfulness
and transcend all anxiety and sorrow. 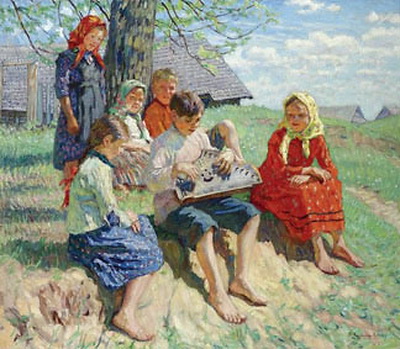 “For little children the day lasts forever, everything is new, fascinating and fresh, time is infinite. As we get older things aren’t fresh anymore, they’re all stale. We’ve done things so many times we don’t even notice doing them anymore. And the next thing we know is that we’re old and dying. And we think: ‘What happened to life?’ We miss not only the difficult things but also the good things!

The Buddha said being mindful is the one way to liberation. He didn’t say ‘this is one of those things you can do if you’ve got time’. The one path to liberation is to become aware, wake up. Then we become more conscious, more present, more aware, also our mind begins to clear up of itself. And we experience things almost as if for the first time: fresh, clear, clean, and without having to always make judgements, just experiencing things as they are.  And that in itself sheds a whole different light on what our lives are about.”

END_OF_DOCUMENT_TOKEN_TO_BE_REPLACED

“There’s nothing in sitting except maintaining awareness. Our ability to do that grows over time. You can call that progress if you want, but basically we are just returning to what we’ve alway been.  There’s really nothing special about it. So any idea that there’s something special about sitting, that we have to get into some spiritual state, or some wonderful state, that’s not it.

As you’re sitting, if you really maintain awareness, which you probably won’t, but if you do, it feels so different from what we ordinarily do that we may think we’ve done something special, but we haven’t really.

I want to emphasize that sitting is not about shutting out your thoughts, its about seeing them as thoughts of no importance whatsoever. But I don’t know of anyone who doesn’t think his or her thoughts are of some importance, including me sometimes. We definitely don’t see our thoughts as little energy blips that for whatever reason are set off. END_OF_DOCUMENT_TOKEN_TO_BE_REPLACED

I was walking by. He was sitting there.

It was full morning, so the heat was heavy on his sand-colored
head and his webbed feet. I squatted beside him, at the edge
of the path. He didn’t move.

END_OF_DOCUMENT_TOKEN_TO_BE_REPLACED

“The dharma has to be right in the middle of our life, everything has to be seen from the viewpoint of our mind cultivation. The buddhadharma practice is not just sitting in formal meditation, reading books, going to dharma centres, it’s what we do with our mind during all our waking days, what are we doing moment to moment to moment. Either we are aware or we are not aware.”